How to preserve Caviar

It is called CAVIAR, the eggs of sturgeon fish that are destined for consumption in banquets and buffets. They do not always come from the sturgeon, they can also be from other fish such as cod, salmon, lumpfish, among others, whose eggs are placed in black dye to look like Sturgeon. Since Sturgeon is a very rare and scarce species, caviar is really expensive, sturgeon fish farming has been developed, which is a way of producing it in captivity, bobtail in nurseries. When they reach the fertile age, they are artificially inseminated and when the time is right, the eggs are extracted, cleaned, salted and packaged. The best and most expensive CAVIAR is the one that comes from the countries on the Caspian Sea as Aserbaiyan, Iran, Russia, although there is caviar that comes from Canada, Romania, France, not as expensive as substitutes, red caviar or salmon and other fish different from Sturgeon.

How to buy Caviar.

It is advisable to buy the CAVIAR packaged in glass containers and not in cans because they can alter its flavor. 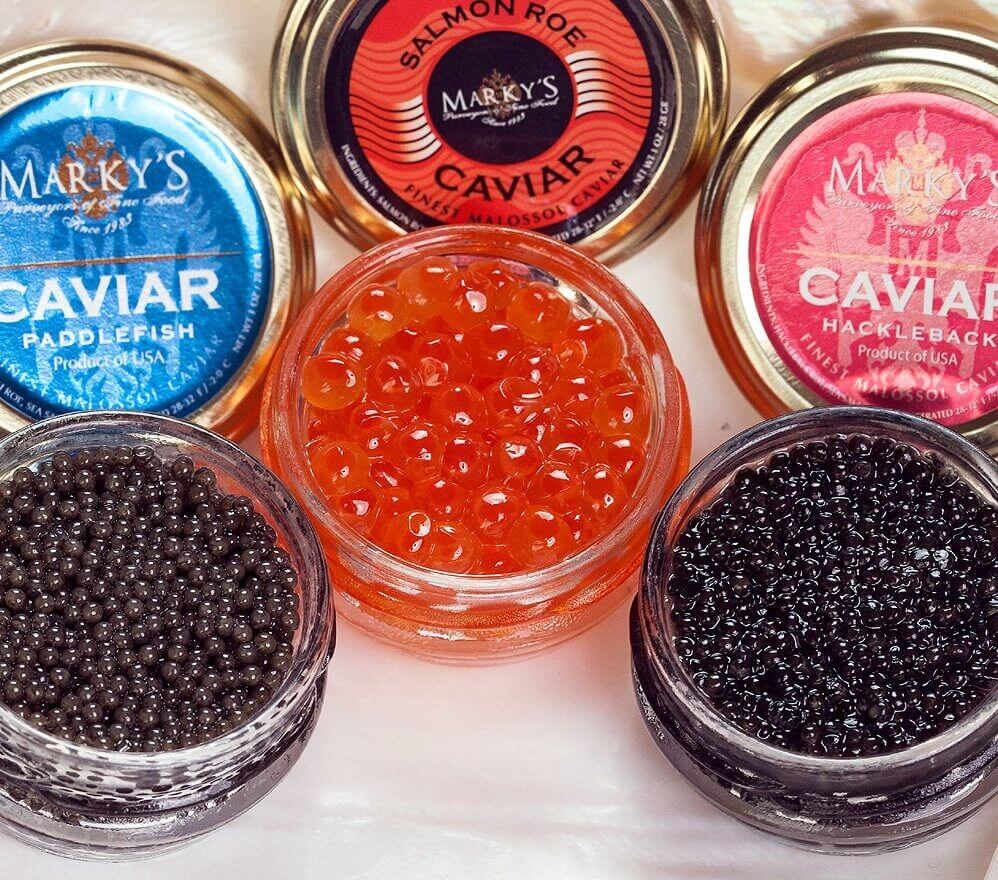 The caviar is classified according to the size of the egg, the firmness of the grain and its flavor. After cataloguing them based on the above characteristics and if they are suitable, it is passed to classify them according to the color.  If they have very clear tonality, they are called Imperial and if it is darker they are called Royal. The inferior to these two is called Classic. Any of these categories are of great quality. 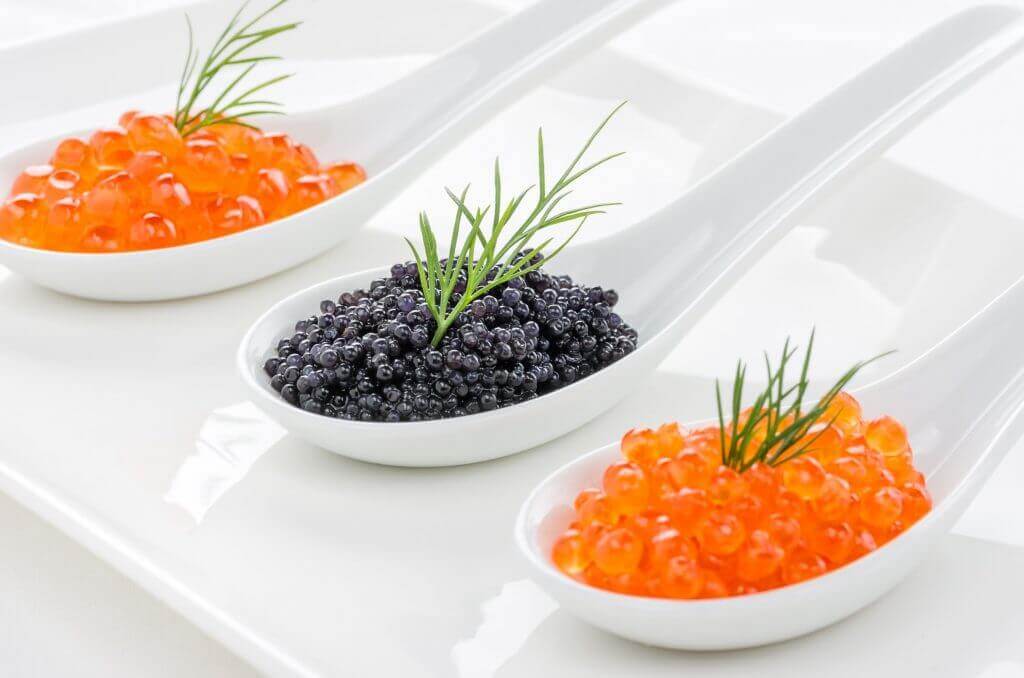 Other types of Caviar

As an appetizer. In buffets and cocktails (canapés), on bread or biscuits.

Without uncovering the preserves can be stored at room temperature. Once uncovered store and keep in refrigerator. The expiration date of the same is to be observed, since a quality product always has it and does not admit expired products.

Fresh Caviar: It can be preserved while it is consumed, placing it on a container with ice, to guarantee its nutritional properties and organoleptic qualities (flavor, texture, smell, color, etc.). It has better taste but less duration. It is preserved after being opened for up to 4 days in the refrigerator in its own container. Pasteurized caviar can be stored at room temperature in its container, without being uncovered, for up to 6 months and cooled by going to serve it. The caviar if it is in pasta or pressed lasts up to 3 months.

CAVIAR never freezes. It must be kept in its original container and at a temperature between-2 degrees C and 2 degrees Celsius or on ice.

When opening a container of caviar and close it, it will have a limited lifespan due to the air that already entered this and similarly the temperature of the refrigerator is not so high for good conservation for a long time, which is why it is advisable to consume Once. Fish or any other food should be handled with clean hands and utensils.

Contenidos ocultar
1 How to preserve Caviar
2 What is Caviar?
3 How to buy Caviar.
3.1 Classification, characteristics and quality.
3.1.1 Other types of Caviar
4 Uses:
5 Storage:
5.1 Conservation in buffets.
6 CAVIAR never freezes. It must be kept in its original container and at a temperature between-2 degrees C and 2 degrees Celsius or on ice.
7 Service.
8 Conservation:
9 Duration:
10 Note:
10.1 Related
Tags: How to preserve caviar
Next PostRead more articles

Put the name of the food you want to know how to preserve.