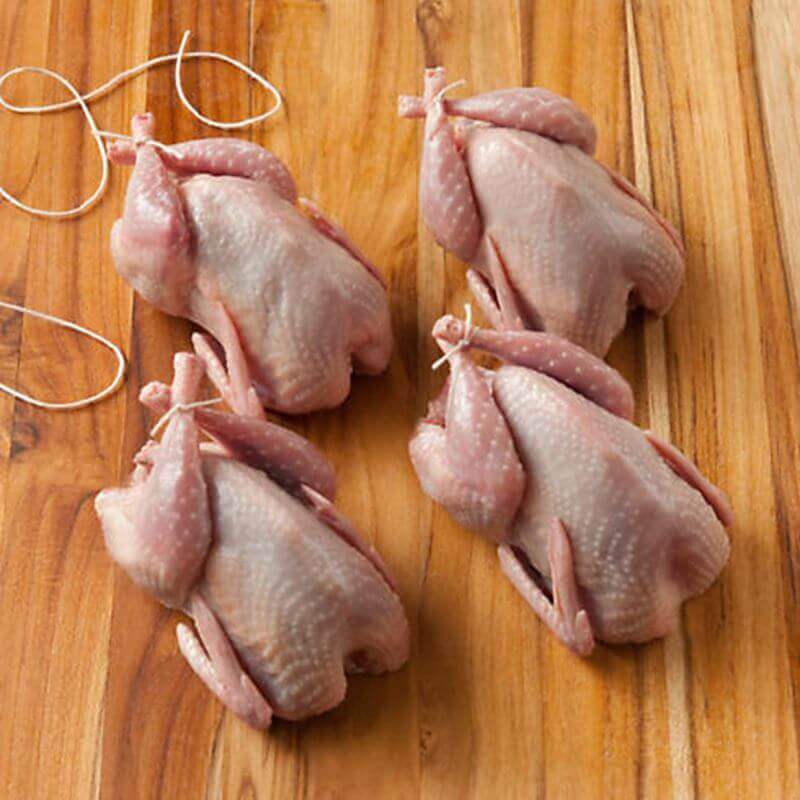 The common quail is a small bird, which tends to measure between 16 to 20 centimeters, and has a characteristic plumage brownish-brown, which is darker on the back, to become almost white in the womb.

Quail meat is a type of lean meat or white, which means that its content both fatty and ultimately caloric is really low. In fact, 100 grams of this meat contributes only 106 kilocalories and only 1.6 grams of fat.

It is small, of earthy plumage, marbled and short tail. It is abundant in the regions where cereals are cultivated.

Its meat is tender and of a softer flavor than that of the other game birds. It can be prepared immediately after hunting it.

It prepares the same as the partridge, always grilled or baked, wrapped in bacon, served on canapés.

For hygiene, sanitation and to avoid contamination and possible intoxications, hands should be washed and/or gloves placed before beginning to handle meat or any other kind of food.

If it is to be consumed soon, it should be:

Freezing will be effective as long as no pathogenic agents are present.

Pack the air out of the bag as much as possible.

Use a large bag, which does not squeeze the contents into it.

Use plastic bags that can be sealed preferably if it is to be frozen for a long time. If it is for a short time (up to 3 weeks) wrapped in aluminum foil, with the opaque side facing inward.

Freeze at temperatures below 0 °c because the freeze keeps the microbes inactive by decreasing the movement of the molecules, preventing their growth and deterioration of meat and food in general.

When defrosting the meats, the microorganisms re-activate and can multiply to cause disease, for this reason defrost in the refrigerator. Never at room temperature and less re-freeze.

It is vitally important to have information about the dangers of game meat when using lead-based munitions because of the risk of contamination of the meat as it enters into contact.

It should be known about lead, that being a metal that consumes the human, decreases the IQ and cognitive development (lower capacity of the brain to process information). This disease is known by the names of “Plumbismo”o “Saturninismo”, because the alchemists called this element, Saturn.

Put the name of the food you want to know how to preserve.